For the past ten years, several of my high school classmates pack our bags and travel to a small, lesser traveled island, called Daufuskie. It’s a place of rich history, fond memories, and, most valued by us, peace.

The island is only accessible by ferry, and cars are not permitted on the island; which also helps reduce noise levels. (My dad graduated from UNC-Chapel Hill, so we naturally cruise around the island in a Tar Heel embroidered six-seater golf cart.)

This year we stuck to most of our standard traditions: golf, bocce, fishing, and swimming by the pool. But, we also branched out and explored the island. There always seems to be more to this place!

There are 29 golf holes on Haig Point, and we were lucky enough to play 28 of them. The course is a Rees Jones golf course, which I believe is supposed to be notable, but I’m not really that into golf.

Here’s a picture of one the holes. You can see Hilton Head’s lighthouse in the background.

There are three courses: Haig, Calibogue, and Osprey. Personally, I love the Osprey course. It’s hardly played by the regulars, and it always lives up to its name. There’s a family of osprey that has made their nest on hole 3. If you’re lucky, you can even see them catch a fish out of one of the lagoons.

Our trip isn’t complete without a few rounds of bocce, spikeball, and tabletop games. Not to brag too much, but my friend Jordan and I hold a 6-1 record for spikeball for the week.

Fishing was a dud…….I caught one fish that was about 8 inches long. Still, I always find it therapeutic for some reason. Plus, it gave me a chance to read some of my C.S. Lewis books. Normally, we catch a half dozen sharks and stingrays. The area is a natural hatchery for sharks due to the channels that are formed by neighboring islands. Here’s a picture of one from last year (catch and release): 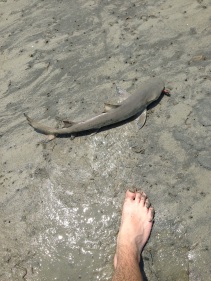 Some additional surprises that we managed to fit in for the trip were:  FUAB Church, the glass house, Iron Fish, and Freeport Marina. Also worth mentioning is the new rum distillery on the island.

First Union African Baptist Church is the only church on the island, and they just celebrated their 137 anniversary. The church was erected in 1881 by emancipated slaves. After the civil war, many of the previously enslaved African Americans on the island remained on Daufuskie, which helped create a micro-culture of people called the Gullah. Click here for more history. We were able to attend on Sunday, and the visiting pastor did an excellent job on preaching from the book of Revelations.

Anyways, the glass house was a fun addition to our trip. There’s a pet Macaw at the shop that will occasionally greet you on your way into the shop. My friend Jordan purchased a lovely pendant for his soon to be wife. If you’re interested in some cool glass earrings, pendants, and other glass products: please click here and support a local artisan.

Chase Allen is the owner of the Iron Fish. He’s basically living out every artist’s dream on the island. The Iron Fish is an ironworks art gallery on the island that specializes in using old rustic pieces of iron and repurposing them into beautiful pieces of art – mainly in the form of island wildlife. Almost everyone on the island has a few of his art pieces. We have two mermaids : )  Make sure to check out the website. Chase has a great story.

There’s a new rum distillery on the island. I’m not a fan of any hard liquor, but it’s a pretty neat place and the tours are a lot of fun. There’s a pair of alligators in the front pond. Every now and then, they get a little too close, and then you get to see some Nat Geo level action! 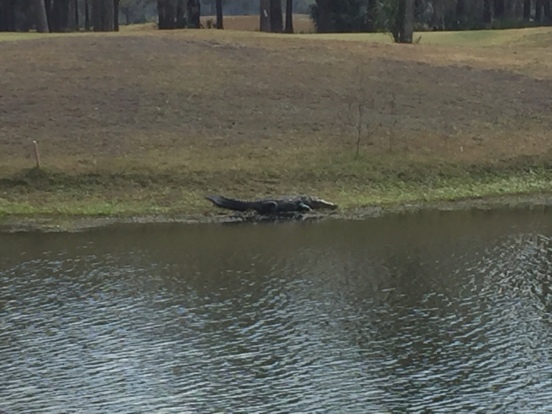 One thought on “Daufuskie Island”

This site uses Akismet to reduce spam. Learn how your comment data is processed.